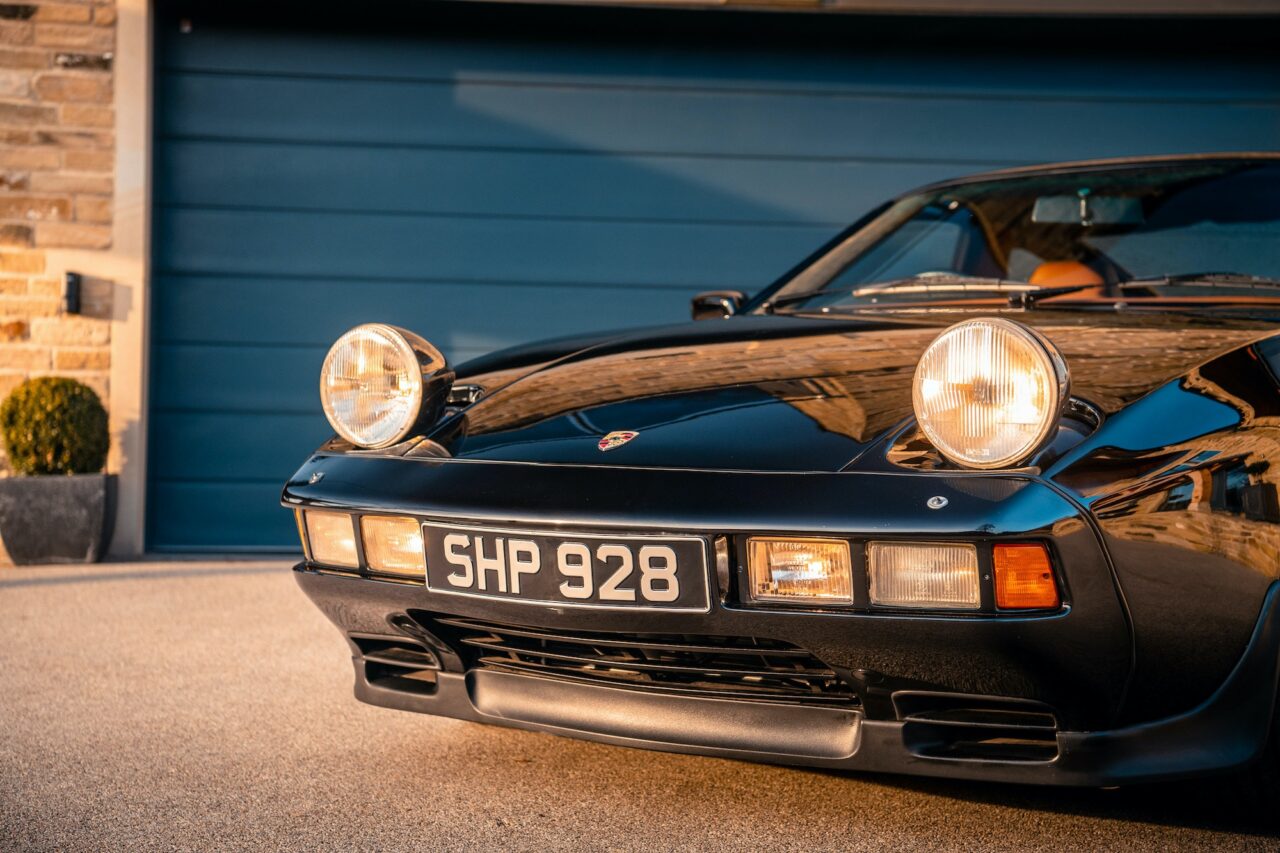 Pocket Rocket are to pleased to offer for sale a hand selected 1982 Porsche 928 S.

This 1982 Porsche 928 S is a fine example of the marque’s characterful V8 grand tourer, which is equipped with the rarer manual gearbox and benefits from a recent cosmetic and mechanical overhaul. Under the bonnet is the 4.7-litre V8, which produces 296hp and drives the rear wheels via a five-speed manual transmission. The odometer shows just 70,996 miles.

First registered in June 1982, this original UK-market 928 S was owned by the last owner for five years, and has well cared-for during their ownership. When they acquired it, the car was yellow, but it has since been returned to the original black colour.

Today, this modern classic GT car’s bodywork is in excellent condition, and is not believed to have suffered from any prior accident damage. Having been fully resprayed, the black paintwork presents particularly well, with a smooth and glossy appearance around the whole car.  This 928 S rides on the correct set of 16-inch alloy wheels, which are unmarked.

Moving inside, the seats, dashboard, centre console and upper door cards have been fully retrimmed in tan leather, and are in very good order. The seats also feature contrasting black piping and show few signs of wear, save for some minor creases to their surfaces in line with the car’s use. Elsewhere, the instrument binnacle has been recovered in black leather with tan stitching, and a matching covering has been applied to the gear knob. A grey Alcantara headlining adds a contemporary touch to the cabin, as does its Porsche Classic Communication Management (PCCM) infotainment system, which combines retro style with modern functions including satellite navigation, DAB+ radio and Apple CarPlay. All of the car’s buttons, switches and electrical items work without fault, and there are no warning lights displayed on the dashboard.

Its most recent routine maintenance was carried out in 2020 by independent specialist Performance Porsche, who performed a full service. During the previous owners ownership the car was fully overhauled, during which time the engine was rebuilt and the electrical systems were refreshed.

This 928 S’ last MOT test was conducted on 24 April 2020 at 70,933 miles, which resulted in a first-time pass with no advisories. All four wheels are fitted with Avon ZV7 tyres in size 225/50 R16, which are brand new. It will be accompanied by its correct driver’s manual and partial documentation of its service history.

This Porsche 928 S is a handsome and well-presented example of the powerful and comfortable 2+2 performance car. Benefitting from a fully resprayed exterior, a retrimmed cabin and a rebuilt engine, this example wants for nothing, and will make an excellent weekend tourer, when its next owner can relish the glorious 4.7-litre V8 engine while rowing through its engaging manual gearbox.