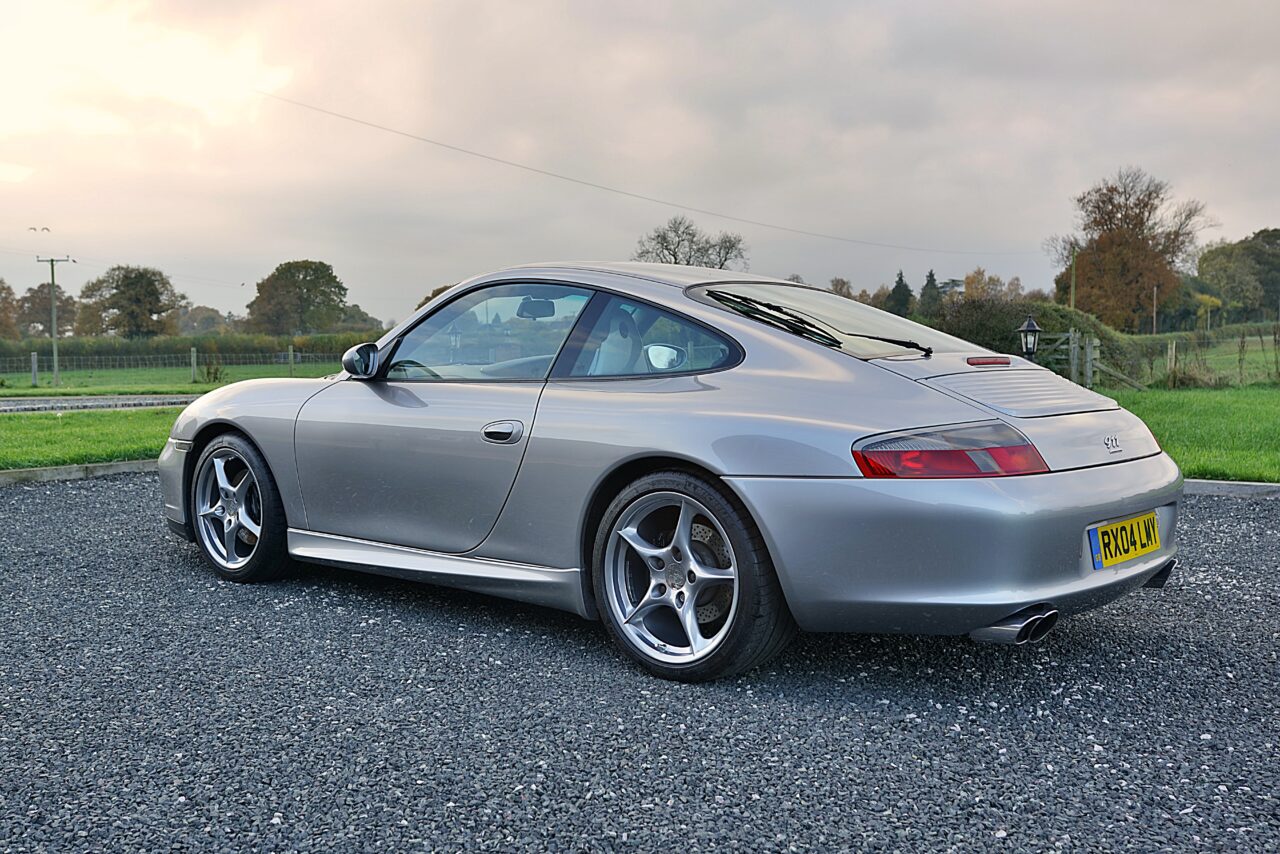 Pocket Rocket are to pleased to offer for sale a hand selected 2004 Porsche 996 40th Anniversary.

Created to celebrate 40 years of the 911, this Porsche 996 boasts a specification that Total 911 magazine said “verges on perfection”. It is one of approximately 200 UK-market cars.

The 40th Anniversary narrow-body Carrera features a number of enhancements, including the Powerkit, which was ordinarily a £9,000 option and includes cast-aluminium intake manifolds with a modified cross section; larger, machined and polished exhaust ducts, and a revised valvetrain.

This is one of very few examples of the 40th Anniversary model specified with the optional and highly desirable Porsche Switchable Sports Exhaust (PSE) system. It is also equipped with a limited-slip differential and lowered sports suspension.

This 996’s most recent routine maintenance was carried out in June 2020 at 70,721 miles by specialist RSR Auto Services, which replaced the engine oil and filter and spark plugs, while the brake fluid was flushed and replaced with AP Racing 5.1 fluid by DTB Motor Services when the last MOT test was carried out.

Prior to this, the car received an annual check-over by RSR Auto Services in May 2018 at 70,420 miles, while a major service including replacement of the spark plugs, flywheel, clutch and ceramic IMS bearing was performed in July 2014 at 65,116 miles, again by RSR Auto Services.

In addition, the air conditioning system was recharged in December 2020, and the brake discs and pads, low temperature thermostat and Bank 1 camshaft solenoid actuator were replaced during the previous ownership. The steering rack has also been refurbished.

A rare special edition which boasts the desirable X51 Powerkit, sports exhaust, and a number of unique touches, the Porsche 996 40th Anniversary is a highly collectable iteration of the marque’s iconic sports car. Presented in very good condition, this example will make an exciting addition to any collection, and is likely to remain a sought-after variant for many years to come.