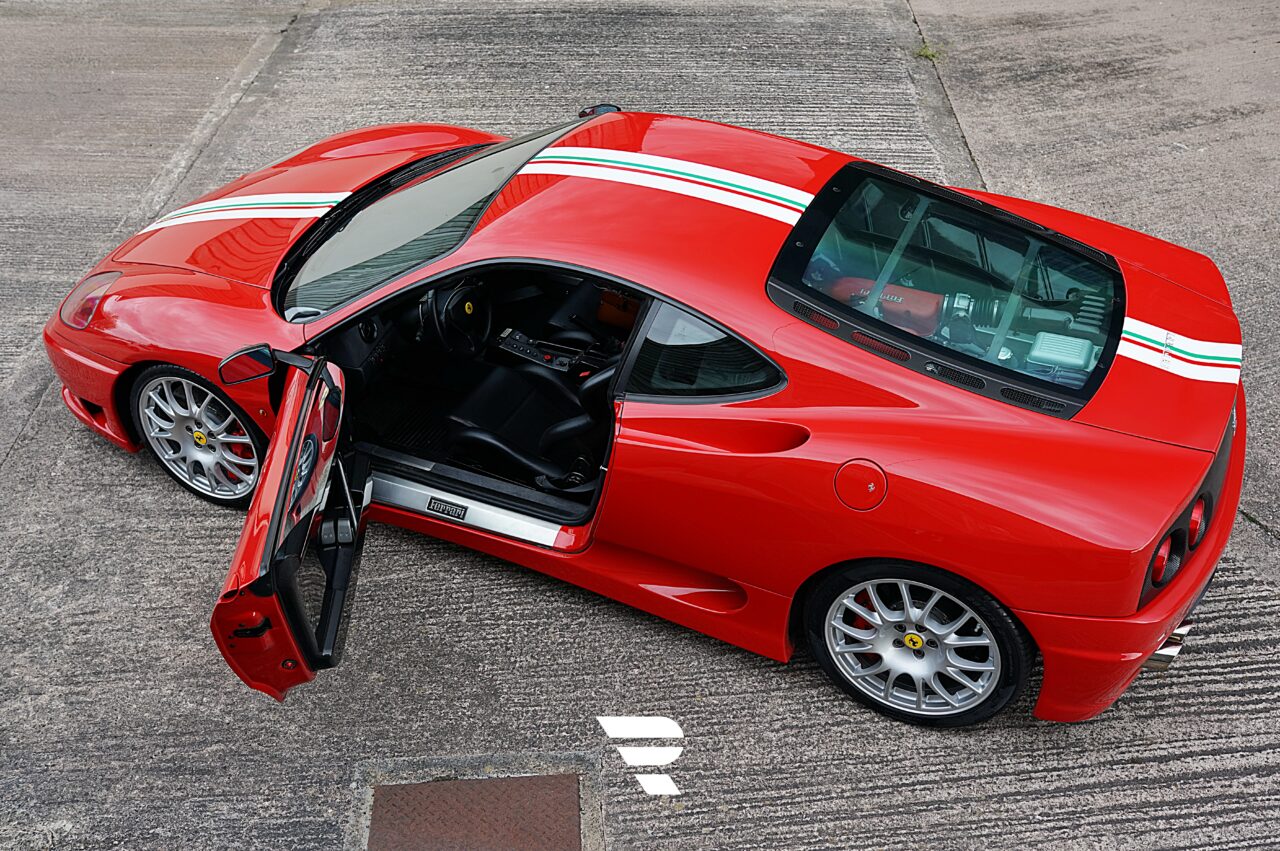 Pocket Rocket are to pleased to offer for sale a hand selected 2004 Ferrari Challenge Stradale.

Imported into the UK and registered with the DVLA in April 2015, this left-hand drive 360 Challenge Stradale has covered just 15,918 miles from new. A stunning example of Ferrari’s exhilarating limited-run supercar, finished in Rosso Scuderia over a Nero leather-trimmed cabin.

It is powered by a mid-mounted 3.6-litre ‘Tipo 131’ V8, delivering 425bhp to the rear wheels via a six-speed ‘F1’ automated transmission with paddle shift. Weighing a staggering 110Kg less than a standard Modena which results in a dramatic performance increase. The Stradale features a host of aero and mechanical refinements that combine to  make it 3.5 seconds faster around Fiorano than an ordinary Modena.

Modifications include, Carbon Ceramic brakes as standard, a 50% lighter multi axial carbon floor plan, a 25 BHP increase in power, aerodynamic tweaks allowing for up to 50% more vertical loading (incl. a different bumper, boot lid and sills as well as venturi ducts at the rear), carbon racing seats with 4 point harnesses, a stripped out interior with alcantara dash and carbon door cards as standard and an F1 gearbox with shift times of just 150 milliseconds to name but a few.

A total worldwide production run of 1288 Challenge Stradales were procduced.

This 360 Challenge Stradale’s most recent full service took place in August 2021 at approximately 15,300 miles and was carried out by the technicians at Ferrari specialist Amari Super Cars GB, who also carried out remedial work on a battery drain.

Prior to this, Lancaster Ferrari performed a full service in February 2020, which included a cambelt change.

The Ferrari 360 Challenge Stradale is a remarkably involving supercar inspired by the 360 Modena Challenge series, and was described by Evo magazine as “one of the most exciting, absorbing, and desirable cars we’ve ever driven”. This is a superb example of the breed which has covered just 15,918 miles from new.