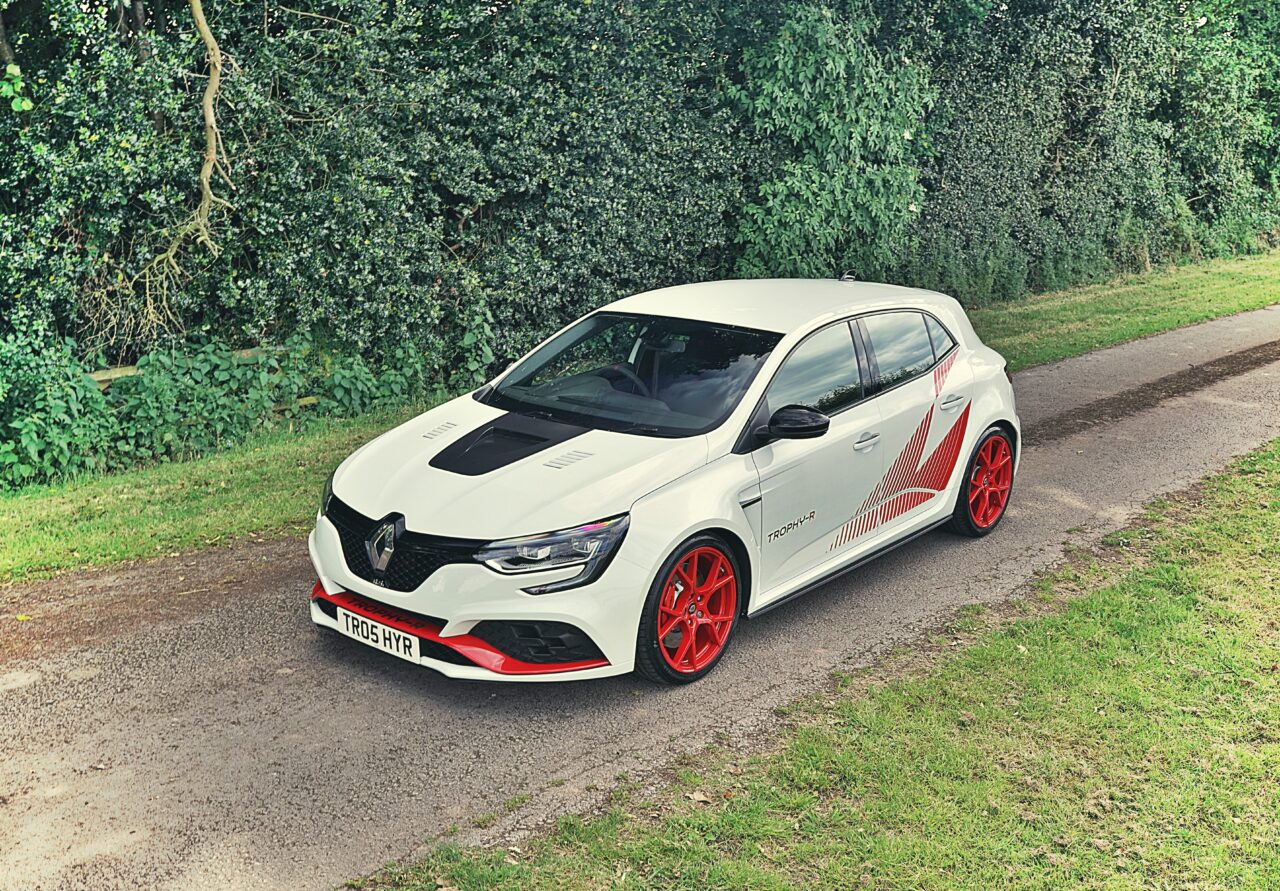 Pocket Rocket are to pleased to offer for sale a hand selected 2020 Renault Megane RS Trophy-R.

This Renault Megane RS Trophy-R is believed to be one of only 32 examples delivered to the UK. The odometer displays a mere 10,00 miles from new, which is supported by the car’s maintenance history. A very rare and collectible track-focused hot hatch, and number 448 of just 500 units produced worldwide. Included in the sale are the original set of carbon-fibre wheels, which were available as an expensive cost option for the 32 RS Trophy-R cars manufactured for the UK market. In size 8.5Jx19, the wheels save 2.1kg per corner over the Trophy-R’s Fuji Light wheels, and 4kg per corner of the standard Trophy.

Under the bonnet is a 1.8-litre turbocharged four-cylinder engine, delivering 295bhp and 295lb-ft of torque to the front wheels via a six-speed manual transmission. As a result, the car launches from 0-62mph in just 5.4 seconds and has a top speed of 163mph.

The Renault Megane RS Trophy-R features sophisticated Ohlins dampers and a number of weight-saving measures, including a carbon-fibre bonnet and rear diffuser, a titanium exhaust, a redesigned rear axle, a removed rear bench seat, and thinner glass, leading to a total saving of 130kg.

Described by Evo magazine as “the most focused and extreme hot hatch ever made”, the Renault Megane RS Trophy-R won the hearts of the motoring world thanks to its superb pace, roaring exhaust and aerodynamic design. Having covered just 10,000 miles from new, this well-presented example would make a natural addition to a collection of rare performance cars and promises to entertain each time it is pushed to the limit on its new owner’s favourite roads or tracks.