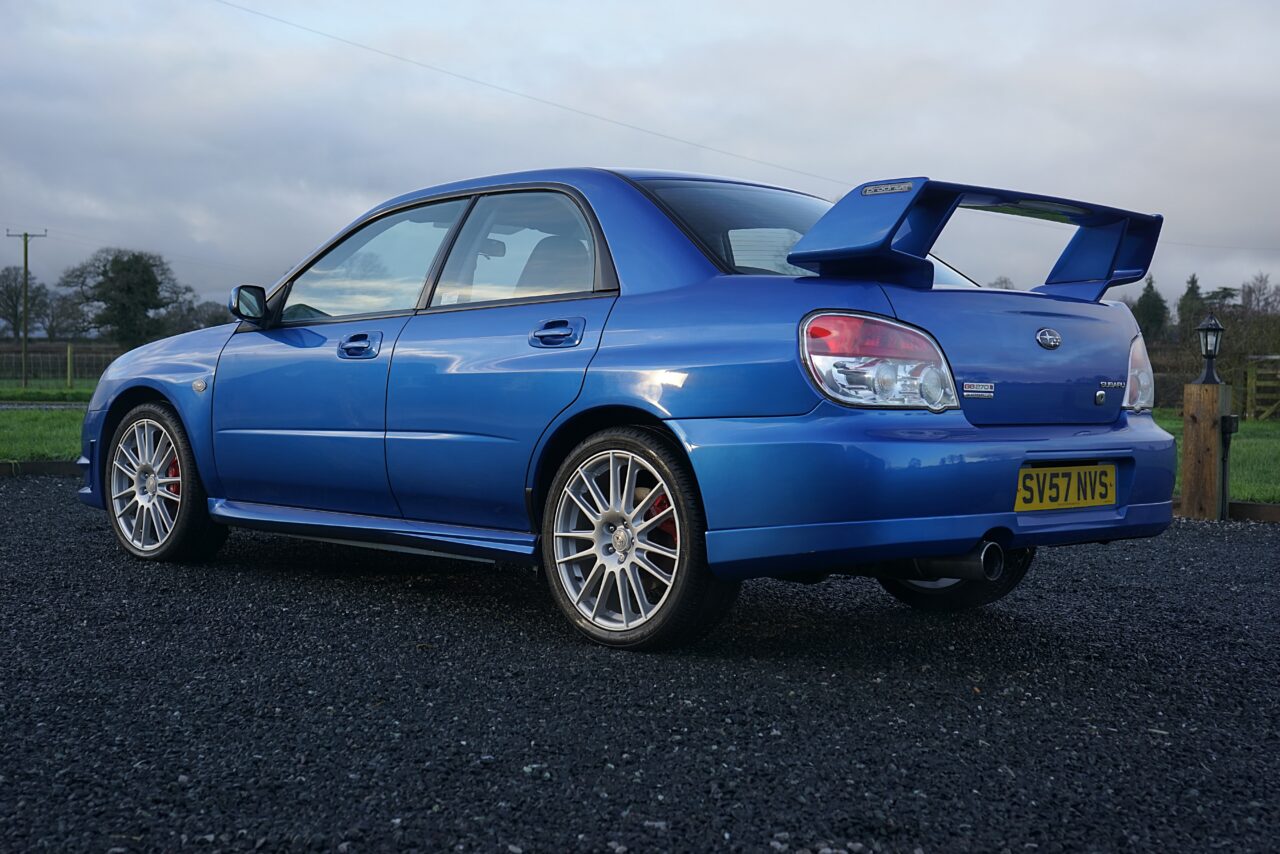 Pocket Rocket are to pleased to offer for sale a hand selected 2007 Subaru Impreza Prodive GB270.

This Subaru Impreza GB270 is a well-sorted example of the rare Prodrive-tuned limited edition, presented in an iconic factory colour and with low mileage. It is powered by a 2.5-litre flat-four boxer engine with the Prodrive Performance Pack, producing 266bhp and 310lb-ft of torque, driving all four wheels via a five-speed manual transmission. The odometer shows 49,852 miles.

The GB270 was built to mark the end of production for the second generation Impreza, and only 400 of this final-edition car were produced – 300 saloons and 100 wagons – with notable upgrades. Beyond the engine tuning, they were equipped with Prodrive lowering springs and a ‘quick shift’ gear change.

First registered on 1 September 2007, this Impreza has just one previous UK keeper on record, with the second private owner acquiring the car in June 2011.

As a GB270 edition, this car’s bodywork has been enhanced with the WRC-style rear wing, silver stainless steel mesh front grille, and the bespoke 18-inch Prodrive alloy wheels.

Stepping inside, the cabin remains original and unmodified, while the plaque on the central tunnel confirms that this is car number 87. The Momo gear knob is still in place, as is the full black GB270-branded leather upholstery, which presents in excellent condition, commensurate with the low mileage.

Its last scheduled maintenance was in December 2020 at MOT-A-Tech in Shrewsbury. This consisted of a general inspection, engine oil and filter change, and a fresh set of tyres. The previous services on file were in August 2015 at 35,120 miles and in June 2011 at 21,318 miles.

The most recent MOT test was on 1 June 2020 at 48,794 miles, when the car passed at the second attempt once an exhaust leak was rectified, and the front headlight aims were adjusted.

All four tyres have just been replaced with fresh Avon ZV7 rubber. Accompanying the car is an original handbook, service book, and a locking wheel nut key.

Driving the GB270 at launch, Autocar magazine’s Matt Saunders said: “The WRX remains a fast, grippy, agile and stirring car to drive. Even now, a decade after the Impreza Turbo first screamed into the collective imagination, there are few cars that offer so much any-weather performance for the money”.

This Subaru Impreza GB270 is an eminently usable example of a rare special edition, and one which combines everyday practicality with impressive pace and engaging handling. It remains one of the great all-rounders, and this car’s vibrant colour and low mileage will no doubt appeal to enthusiasts and collectors of modern classic performance heroes.